This morning on Reliable Sources, Howard Kurtz weighed in on the controversy that has sprung up in the blogosphere since the Brisbane Times article that focused on CNN’s decision not to air Michael’s footage of the 2007 incident that still haunts him. Here is the clip:

Once again, many thanks to Morpium for getting this to me:

ABC has the preview for Part 2 up on their site, check it out here.

And the Brisbane Times has an article about it:

Many, many thanks to Morpium for getting this to me so quickly. As can be imagined, it is a massive file, so I have cut it into several parts for easier viewing:

Many, many thanks to Morpium for sending these screengrabs!

The Australian: An Aussie reporter's years of living dangerously

IT was somewhere on the outskirts of Gardez, in eastern Afghanistan, that I realised just how much the Michael Ware I knew had changed.


As I sat in a battered minivan speaking on a satellite phone to an editor back in Australia, a particularly filthy and angry-looking Afghan kept pounding on the windows.

To the terror of my translators and driver, the Afghan began screaming foul insults in Pashtu, and making threatening gestures.

"Tell him to get lost," I told my translator, who tried, but shrank back into his seat after receiving a few more glares from the intruder.

As I looked with mounting concern at the thug's broken-nosed features, I detected a smirk and suddenly realised this grubby, bearded apparition, clad in traditional salwar kameez, pakul hat and broken sandals, was the reporter I had sat next to years earlier at Brisbane's Courier-Mail. "As-salamu alaykum (peace be upon you)," he said with a laugh.

Gail and Len Ware often spoke to their war correspondent son, Michael, as battles raged around him.

Their son, now 41, made a name for himself in major war zones around the world after leaving suburban Brisbane for big-time news reporting with Time magazine and the television network CNN.

But for his parents, of the outer-Brisbane suburb of Ferny Grove, his rise to stardom gave them many sleepless nights.

Here is the promo airing for Australian Story. Clips from several of his early reports from Afghanistan, most of which we haven’t seen before or have a single still from. Also some family video. Amazing stuff.

Michael to be featured on Australian television next week [UPDATED]

Michael will be featured on the Aussie ABC program Australian Story next week. Here’s the blurb from their website:

Michael Ware's fearless reporting from the world's deadliest war zones has made him a star on US television.

He’s a regular on the big American talk shows, but his jaw dropping exploits are little known at home...

Any original commentary
on this site is my own. 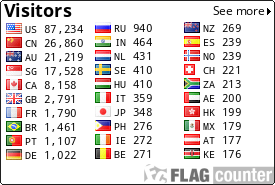